Starting at Arnold Arboretum, this walk will take you through Forest  Hills, Franklin Park, and up into Roxbury. Reflect on the rural past that these neighborhoods share and the ways history has led them to develop differently. Each of these places is one of gathering or community service; each one has a history in the neighborhood or the city at large and demonstrates the ways in which both past events and present people dictate the future. The sites along the route are exemplify the marks of history and social movements that are left on the urban landscape. Sites of a similar nature are used to show the differences between these neighborhoods, but look closely and you may reach the conclusion that when shown together, these neighborhoods have more similarities than differences.

An important aspect of this walk is to venture into the unfamiliar. The starting point is at the end of the Orange Line, easily accessible from Northeastern’s Campus and near popular attractions like the Arnold Arboretum. Once I left the comforting landscapes of Olmsted’s parks, some of the landscape felt completely foreign while other parts reminded me of my hometown, and some places looked almost just like what I saw in Jamaica Plain. Walk this route with a sense of adventure. Over the course of this walk you will explore a historic farm, two links of the Emerald Necklace, a small cooperative garden, cemeteries, and more. Think about how each of these sites is connected to the greater community and is influenced by history. Consider the idea of green spaces as a unifying force in the community, and how their permanence in the landscape is protected by social organizations such as the former Elma Lewis School of Fine Arts. While I originally intended for this project to examine the differences between Jamaica Plain and Roxbury, I learned that it is far more constructive to look for the things that unite the community than to dwell on the things that divide it, and that is what I seek to do. 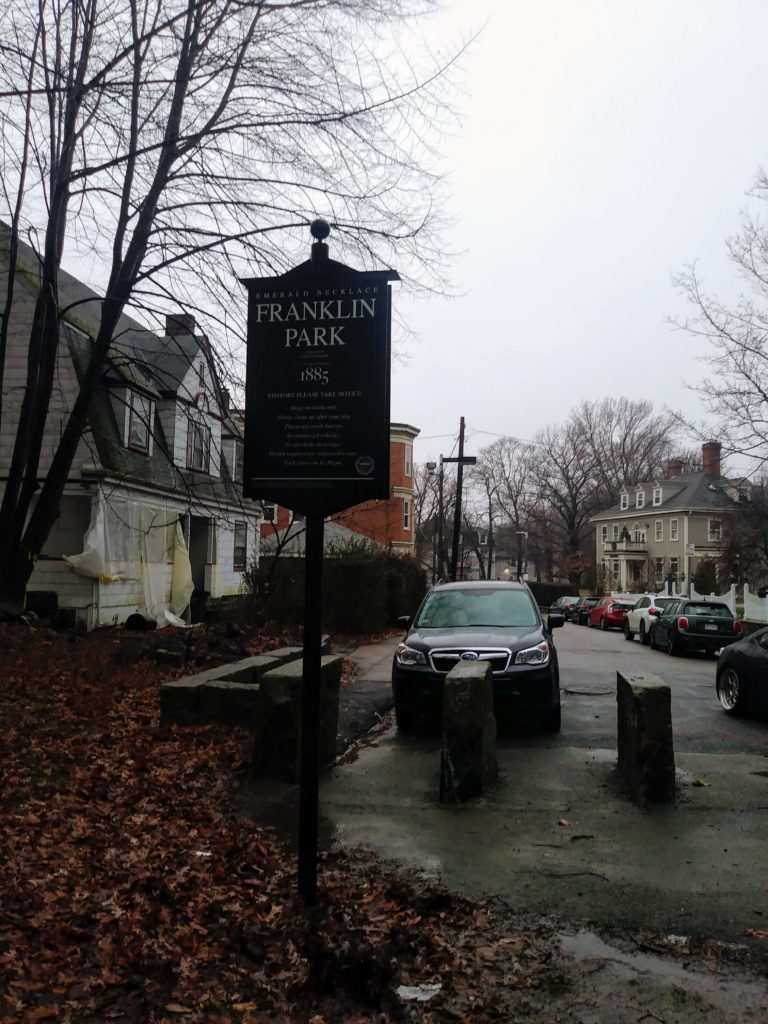 A companion essay to the storymap

This walk is a a reflection upon history and community in the neighborhoods of Jamaica Plain, Forest Hills, and Roxbury. These neighborhoods share a common foundation, yet history has led them in very different developmental directions. The sites along the route are examples of how history and social organization (individuals, groups, and movements) leave their mark on the urban landscape. I used sites of a similar nature to show the differences between these neighborhoods, but I eventually reached the conclusion that when you consider all these places together, they have more similarities than differences. Each of these places is one of gathering or community service; each one has a history in the neighborhood or the city at large and demonstrates the ways in which both the past and the people dictate the present.

Walking from the southwest to the northeast, this route takes you from Arnold Arboretum to the center of Roxbury. It shows a curve of progression in the area’s development from large estates, to suburbs and high-density residential areas. All of the sites are interconnected, whether it is because they once shared a founder or the same parcel of land, or because they serve the same purpose. The types of sites in this walk are parks, healthcare institutions, transit, or cemeteries, or provide social services, community organization, and educational opportunities.

This walk is unified in part by the Emerald Necklace as I weave its narrative with the stories of other green spaces found in the area and the cultural institutions surrounding them. Arnold Arboretum and Franklin Park are both links in the Emerald Necklace, and their proximity might lead to the conclusion that they serve the same population. While that may be true, they provide very different services. Arnold Arboretum was an academic endeavor, the brainchild of wealthy Bostonians who wanted to invest in agricultural and botanical research. Through the well-known 1,000-year lease agreement with the City of Boston, the Arboretum became a public park in addition to being part of Harvard University. The Arboretum still presents itself as educational park first, recreational park second. Down the street, Franklin Park serves a different goal: providing accessible activities to the surrounding community. Olmsted designed half of it to be a picturesque “country park” while the other half contained more active features, like a playsted. The park now encompasses a golf course, a stadium, a zoo, and cultural events like Playhouse in the Park. While these two parks may be different, they are still connected by the legacy of Olmsted and the history of Old Roxbury - whose rural nature allowed the city to set aside such large swaths of land for parks during its early suburban expansion in the late 1800s.

The context provided by these parks allow more connections to be made between these and the other sites. Franklin Park has strong cultural connections to Roxbury through Elma Lewis, community activist and advocate for the black arts. The Elma Lewis School of Fine Arts provided basic services for the park when it was run-down and organized events such as the long-running summer Playhouse in the Park program. The school was eventually subsumed by the National Center for Afro-American Artists (NCAAA; another organization founded by Elma Lewis), which has a museum celebrating African and African-American artwork. Lemuel Shattuck Hospital is also connected to Franklin Park because it is situated on land that was part of the park until 1952. This hospital provides services for low-income people in the community providing special services for HIV/AIDS and homelessness. This contrasts with the now-defunct Adams-Nervine Asylum that provided mental health services from 1880 to 1975. It served mostly women suffering from nervous disorders, using treatments that were progressive at the time compared to other asylums. However, the patients here were likely well-off, and the asylum explicitly did not treat the insane. The difference between these two facilities is related not just to place, but to time. The Great Migration and White Flight in the 1950s and 60s lead to dramatic demographic shifts, especially in the Roxbury/Dorchester area. Like Arnold Arboretum and Franklin Park, the Adam-Nervine Asylum (now a city landmark) is a reminder of the time when this agrarian area began to transform into Boston’s suburbs. Allandale Farm is another link to that time period, existing as a living reminder of the past. It is the only working farm in the City of Boston, and has existed on its land for 250 years. Before the urbanization of the area, Allandale Farm was by no means the only farm in the area, and it was surrounded by rural estates. Today it carries more importance than it did back then: it is a permanent piece of the community, providing fresh local produce and educational opportunities for children.

To explain the phenomenon of the so-called streetcar suburbs, you can visit Forest Hills Station, the terminus of the MBTA Orange Line. This was one of the first stations in the area as its location in a valley was perfect for laying roads or tracks - the streetcar service running from downtown began in the 1850s, enabling people to easily commute to the city center instead of a half-day ride by coach. Its role as a transportation hub for commuters helped to begin the process of suburbanization, leading to the division of estates and the establishment of residential areas and local businesses. This streetcar line became the foundation for the Orange Line, running along Washington Street (known as the “central artery of Boston”). However, with increasing traffic in the area, the rail was elevated with the completed track opening in 1909 along with a stylishly revamped Forest Hills Station. However, things changed in the 1980s when it was finally decided that the old elevated tracks needed to be torn down: they were noisy, rickety, and largely unpopular. Following the success of the anti-highway protests, the land cleared for the highway was to be used for public transit, and that was where they would move the Orange Line. However, this would move the track about a half-mile west of its original location in some places, causing problems of accessibility for residents. The film “Equal or Better: The Story of the Silver Line” (2012) documents concern in South Boston and Roxbury that they no longer had a form of public transport that was equal to the train. Racial and class disparity heightens the issue: this area has a high african american population, and residents did not want to tolerate second-class treatment (busses), they wanted transportation equality. The MBTA attempted to resolve the issue with the Silver Line, a part of BRT, or Bus Rapid Transit.

Spatial segregation and institutionalized racism continue to haunt Boston in issues ranging from transportation to education. This project finally made this point clear to me as I ventured into Roxbury for the first time. Parts of it felt completely foreign, other parts reminded me of my hometown, and some places looked almost just like what I saw in part of Jamaica Plain. I approached this project with the idea of looking for differences between Jamaica Plain and Roxbury with Forest Hills in the middle, but I learned that it is much more constructive to look for the things that unite the community. This could be a historic farm or a neighborhood cooperative garden (like at Leland Street), or an organization like Freedom House, Inc. that is dedicated to organizing the community. On the issue of urban renewal or community improvement, I think about the Dudley Street Neighborhood Initiative (as featured in “Holding Ground” and “Gaining Ground”) and its work to bring together active citizens and youth to promote self-advocacy. I see the same mission in the work of Elma Lewis or the Freedom House, but as the days of large-scale organizing like the civil rights or anti-highway start to fade, a new question is raised: how will community organizing adapt to continue enabling self-advocacy and protecting social cohesion? 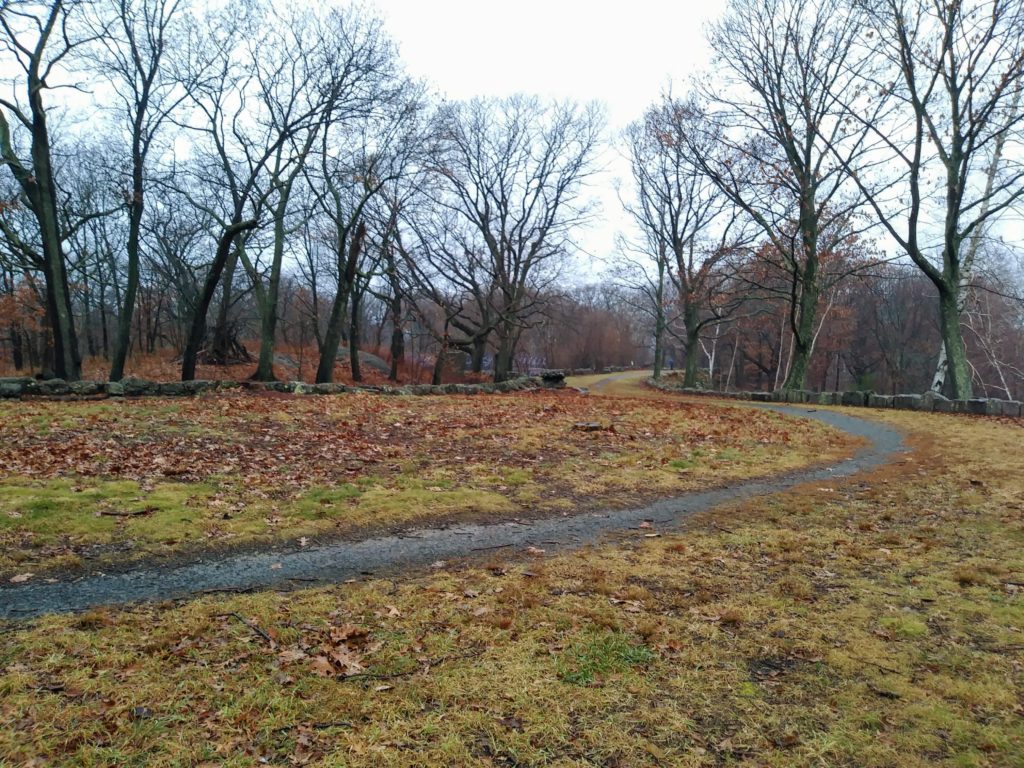